Re-membering: How to assemble a corpus of classical Arabic literature 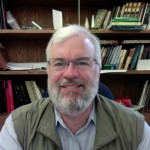 What follows is an overview of the first session of “A Corpus Not a Canon: A Workshop on the Library of Arabic Literature,” a panel series hosted by Dame Marina Warner and LAL General Editor Philip Kennedy at All Souls College, Oxford, this April. Accompanying professor Kennedy on the first panel were LAL board member Joseph Lowry, LAL editor-translator Geert Jan van Gelder, and American University in Cairo professor and translator Ferial Ghazoul. The focus for the session was the anthology Classical Arabic Literature, selected and translated by van Gelder, and The Epistle on Legal Theory, by al-Shāfiʿī, edited and translated by Lowry.

The title of the Library of Arabic Literature’s first April workshop session was not always “Remembering the Corpus.” Instead, LAL General Editor Philip Kennedy said in his introduction, it was at one point “Re-membering the Corpus,” the hyphenation calling to mind a creative act of re-assemblage, a sticking-together of found limbs, pinning them back onto the corpus, or body, of an Arabic literary tradition.

LAL Executive Editor Shawkat Toorawa, in comments at the end of the first early-morning session, reminded workshop participants how many limbs there once had been: “The reality is that if we publish 75 books, which is the aspirational number [for the Library of Arabic Literature series], in the space about twelve to fifteen years, we will have published .01 percent of the things which we would like to be involved with.”

The texts that the LAL can realistically produce—as against those that are available, interesting, and extant—is an “infinitesimally small number,” Toorawa said. “And I think for me personally, that’s something I would like to convey. When we say to people it’s like the Loeb [Classical Library]…or it’s like these other libraries, the reality is that those are really going to publish their entire corpus. And we’re never going to do that. We could never even publish all of Ibn al-Jawzi if we wanted.”

The title of the April 25 day-long workshop, which took place at Oxford’s All Souls College, was “A Corpus, Not a Canon.” The title points to one of the ways in which the LAL positions itself with regard to this act of impossible memory: It insists that that these 75 books don’t comprise the representative, canonical, chest-thumping works of a sprawling 1400-year period. Later in the day, Toorawa said the LAL series could even be considered “neither a corpus nor a canon,” forming not a single body, but collections of bodies.

Bringing the words back to earth

Geert Jan van Gelder spoke first at the morning session, mostly reading from his Classical Arabic Literature anthology, which was the first book published in the LAL series. The English-only anthology brings together prose and poetry from writers working across a spans of thousands of miles and more than a thousand years. Kennedy called it “less canonical than a traditional anthology would be,” and “by its very nature eclectic,” signaling the LAL’s attempts to sidestep canon-creation.

Canon-creation is, after all, an act of dismissal to those works that fall outside the immediate gaze of memory, as van Gelder noted. He particularly mentioned the focus on an “Islamic Golden Age” as a way of remembering the region’s history. This, he said, was “an invention of later people, perhaps from the nahda,” the late nineteenth- and early twentieth-century writers who saw themselves as contributing to a revival of Arab culture. While illuminating a certain period, Golden Ageism has led to a critical neglect of work that came after.

One of the excerpts that van Gelder read from his anthology was a piece from Enjoyment and Geniality (al-Imtāʿ wa-l-muʾānasah), from the influential tenth-century Baghdadi writer Abū Hayyān al-Tawhīdī. The section he read reflected a discussion between al-Tawhīdī and the tenth-century vizier Ibn Sa’dān al-‘Arid, where al-‘Arid talks about the relationship between the literary corpus and memory:

When the discussion had reached this point, the vizier said, “That was a long and rich talk! I really needed a conversation like this. You should find some time to write it all down so that I can peruse it, enjoy its sweetness, and extract its original thoughts. When you hear something the words fly up into the sky; but if you see them with your eyes by reading a book they land on earth again. What flies up is hard to grasp; what has landed is available to the eye. If you cannot fully memorize words that are heard you will ‘remember’ some things only with your fancy, without certainty, helped by your imagination, without being able to check.

A memory that’s not about the facts

In the passage, al-‘Arid suggests that the literary corpus can help us remember (or re-member) a “real” past that we access through a literary canon. But in his presentation, LAL editor Joe Lowry saw a distortion in remembering classical Arabic literature as a repository of facts. He saw it as more helpful to focus on the problems that each writer was solving with his or her work, as, he said, “I believe very strongly that the problems they had to solve, which were linguistic or ethical or philosophical or theological, are problems that we can appreciate intellectually.”

Re-membering in this way puts us in much closer, collaborative, and comparative contact with the authors, even of allegedly “dry” texts like Muhammad ibn Idris al-Shāfiʿī’s The Epistle on Legal Theory, which Lowry re-translated for the series.

Lowry particularly warned against remembering the religious-juridical tradition “as repositories of facts,” which, he said, “actually does a great disservice to the intellectual aspirations of the writers.” Although The Epistle had been translated into English before, Lowry in part wanted to re-translate the work to change the way we remember it, to bring the book’s acts of interpretation and problem-solving to the fore.

“This actually makes their achievements much more impressive,” rather than “if you think about them as reciting some parallel information about how things ‘really were.’”

Whose memory is it?

Even if the LAL project works against creating a canon, the project will almost certainly have a canon-like effect on shaping how some Anglophone readers understand the Arabic literary tradition. But what other memories come into play?

“Being involved with this project has made me think a lot about who the audience for these books are, and whether the audience is just people who are curious about ancient Arabic literature,” Lowry said. He wondered “whether these texts have a role to play in the Arab world, or whether they’re of interest to Muslims.”

“The sales data are mysterious,” Lowry said. “I’m not sure we can tell who we’re selling to all the time or why people buy our books or where they’re buying them.”

Certainly, the LAL series could work to bring particular texts back into memory-circulation in Arabophone countries. Workshop-participant Abdelfattah Kilito has written, in Arabs and the Art of Storytelling, that European translations and attention did this for the Thousand and One Nights.

Lowry further asked, in his presentation: How do modern Arabophone readers remember the tradition? “Many of these works, including many of the ones we’ve translated, are probably unknown. Some are canonical. Some are remembered as classics.”

Some texts were scarcely remembered at all, Lowry said. For example, the newly released Consorts of the Caliphs, by Ibn al-Sā’ī, “left less of a footprint in the tradition,” Lowry said.

However, as Kennedy noted at the beginning of the day, Consorts “was a very well-known book at the time it was written.” The author “was a famous man of his time but he’s been forgotten.” LAL’s pulling this book back from obscurity, particularly with its focus on women’s lives, is a conscious intervention into memory.

Ferial Ghazoul, who also spoke at the first morning session, suggested that there was no getting away from canon-creation, “whether you call these texts a corpus or a canon or key texts or foundational texts.” This creates problems, she said. She pointed to early marketing material for the LAL, which stated, “The Library of Arabic Literature (www.libraryofarabicliterature.org) is a new series offering Arabic editions and English translations of key works of classical and pre-modern Arabic literature.”

In this, Ghazoul said, “one is asserting without stating that Arab high culture is something of the past. It’s related to the past but not to the present. This is an Orientalist view par excellence.”

Toorawa responded that it was a fair critique of the marketing material, but that the LAL board’s engagement with modern Arabic literature was also immense, and also that there were “thriving prizes and presses” that dealt with the modern. Although, to be fair, this is more specifically true of the contemporary, and there does remain a gap in translations of many of the authors Ghazoul noted, such as Taha Hussein and other writers who produced work between the nahda and 1970s.

“We’ve just identified the pre-modern as an area which needs more attention from the likes of us,” Toorawa said. “I think we were redressing a lacuna or a wrong.”

Memory, Ghazoul noted, doesn’t just stake events in an imagined past, but puts them in relationship to one another. She noted that the LAL series was not valuable only to the memories of Arabists, but also to “those of us engaged in comparative literature and world literature.” Ghazoul added: “One does not read a literary text in a vacuum, but along and against and in comparison with other literary texts of its kind.”

Ghazoul focused a large part of her talk on “Erotica: The Young Girl and the Dough Kneader,” from the thirteenth-century al-Tīfāshī’s The Old Man’s Rejuvenation, one of the texts included in van Gelder’s anthology. Ghazoul felt that van Gelder’s work comparing—or rather contrasting—a girl’s “breathless monologue” to Molly Bloom’s stream of consciousness in Ulysses, like Humphrey Davies’ placement of al-Shidyaq in the universe of François Rabelais and Laurence Sterne, “situates the tale on a global literary map.” Remembering is thus also a cartographical act.

The LAL’s act of re-membering may or may not make a canon, or a corpus (or key texts, or foundational texts), but as Lowry said of many classical Arabic works, it does consist of “self-conscious acts of system-building and theory construction” affecting what we see in the past, and how.

« Announcing the Library of Arabic Literature’s Fellows of 2015
Genre, anxiety, and the plurivocality of the Arabic tradition »