“Like a séance with the dead”: An excerpt from the translator’s introduction to A Physician on the Nile

In this excerpt from the introduction to A Physician on the Nile, editor-translator Tim Mackintosh-Smith describes an earlier translation of the book (titled The Eastern Key), completed in the 1960s by means of séances with the author ʿAbd al-Laṭīf al-Baghdādī, who died in 1231. 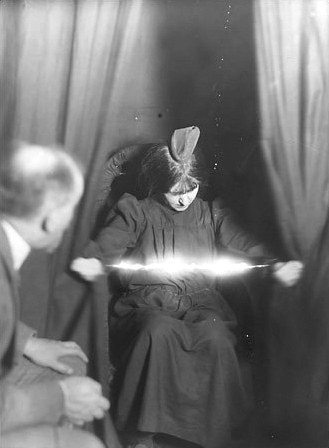 “The medium Marthe Béraud with an ectoplasmatic structure (materialization) on her head.” Public domain, via Wikimedia Commons.

The West in the early twentieth century had seen a growth in the popularity of spiritualism, the idea that it is possible to communicate with departed souls. The trend accelerated with the Great War, and the resulting massive loss of human life—and of traditional faith. It was around this time that ʿAbd al-Laṭīf became known in spiritualist as well as Orientalist circles; he was even the subject of a book entitled Healing Through the Spirit Agency: by the great Persian [sic] physician Abduhl Latif, “the man of Baghdad”, and information concerning the life hereafter of the deepest interest to all inquirers and students of psychic phenomena. He was—perhaps still is—regarded as “a Universal Master who leads and directs a band of workers on and around the earth.” Here is Ivy E. Videan, in cold print, in her introduction to The Eastern Key:

“Our first meeting with ʿAbd al-Laṫīf was in August, 1957, when he spoke to my husband and to me during a conversation with a sensitive, Mrs. Ray Welch, in London. Since then we have had very many long talks with him, through Mrs. Welch and also through Mr. Jim Hutchings. It was not unexpected, therefore, that he should tell us in 1960 that he wished my husband to make a photographic copy of the Bodleian manuscript of the Kitāb al-ifādah for presentation to the British Museum in London, where it would be more easily accessible to a wider public. ʿAbd al-Laṫīf promised to prepare the way for the accomplishment of this plan, adding later that he would send a translator from Baghdad.” 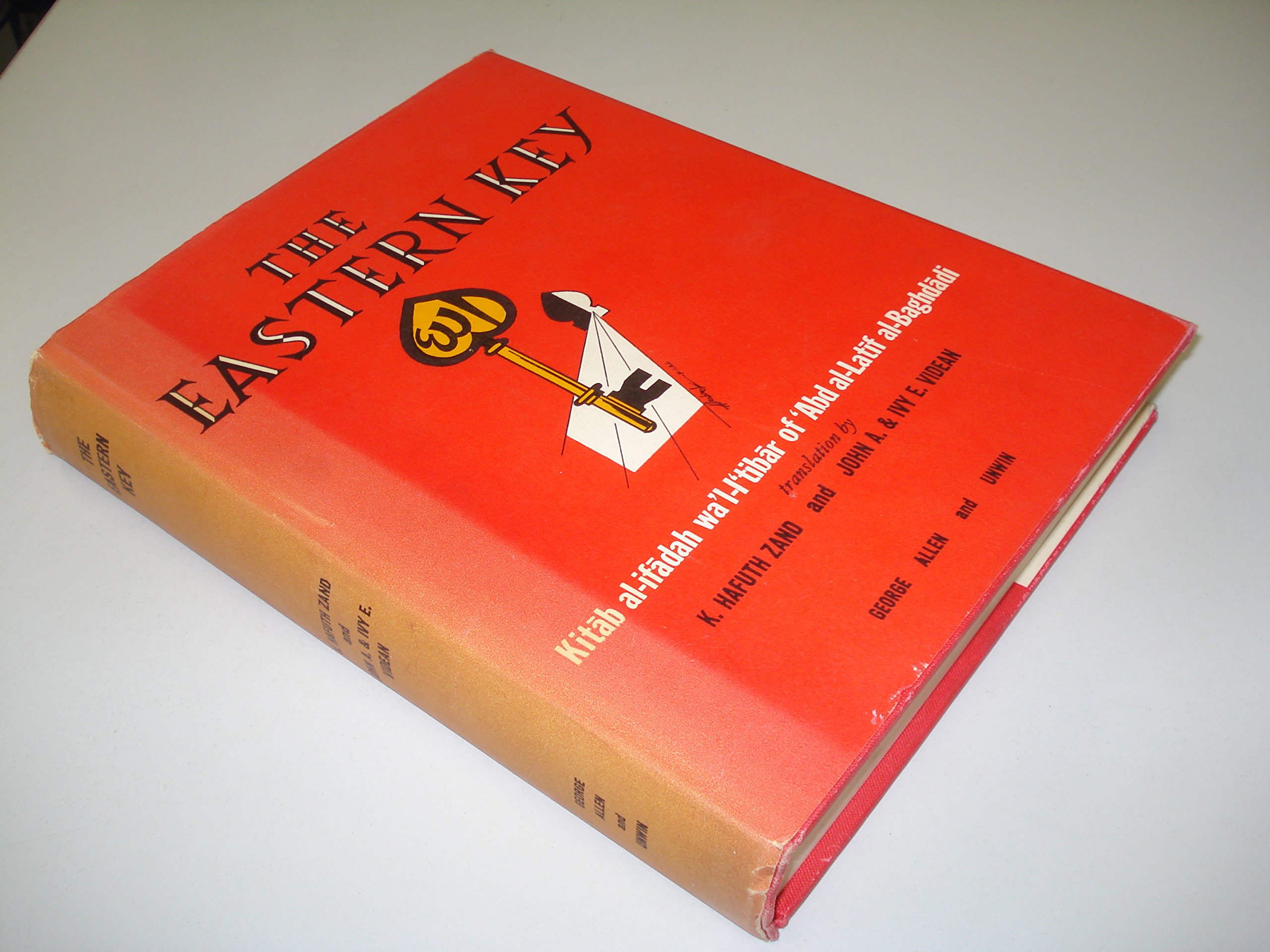 That translator—Mr. Zand—was necessary to the undertaking, as the Videans do not appear to have actually known the language of the original (not necessarily an impediment: think, for one, of Proust translating Ruskin). Just as necessary was M. le baron Silvestre de Sacy, though it seems he did not intervene from beyond the grave. ʿAbd al-Laṭīf, however, was involved in the project throughout. It all makes Madam Arcati and Blithe Spirit seem frightfully low-brow.

I boast no endnotes credited to “al-Baghdādī, personal communication.” That said, there are moments, when you live and work closely with a text, in which the present is revealed for what it is—merely the latest layer in a mound of lives. At such times there is no absolute past or present; only continuum.

In the end, ʿAbd al-Laṭīf needs no medium other than his own words. He comes across from the other side loud and clear, a man of sturdy opinions and lively enthusiasms. He is no feeble ectoplasm, but an enlightened soul if ever there was one, a firebrand on a dark night.

Buy a copy of A Physician on the Nile here.