“Many, many works of wonder”: Beyond the classic classics (Part 1) 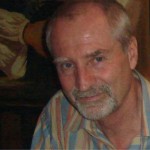 The fifth session of “A Corpus Not a Canon: A Workshop on the Library of Arabic Literature,” a panel series hosted by Dame Marina Warner and LAL General Editor Philip Kennedy at All Souls College, Oxford, in April, focused on “LAL’s remit, ambition, and complexity.” Philip Kennedy and Richard Sieburth led a discussion that included Humphrey Davies, Marilyn Booth, Robyn Creswell, and Roger Allen. The books in focus were Leg over Leg, by Aḥmad Fāris al-Shidyāq, edited and translated by Humphrey Davies; and What ‘Isa ibn Hisham Told Us, or, A Period of Time, by Muḥammad al-Muwayliḥī, edited and translated by Roger Allen.

Because of the breadth of topics covered, this session write-up has been split into two parts. This is the first of the two. The second half will be posted next week.

“Classical Arabic literature” usually evokes a Baghdad-centered Golden Age, a far-off period of poetry and sophisticated manners that’s followed by an immense Dark Ages, only imperfectly lightened by the early twentieth century nahda, or renaissance. This framing of Arab and Islamic history was questioned explicitly during the LAL workshop’s first session and implicitly during the fifth session. There, instead of a focus on Golden Age works as representative of the Library’s “remit, ambition, and complexity,” workshop participants looked at two nineteenth- and early twentieth-century texts.

“I’m delighted that LAL from the start has very much embraced the nineteenth century as part of its remit,” Marilyn Booth said during her presentation, which focused mostly on al-Shidyāq’s Leg over Leg. “I think that’s really important. Right now, there’s something of a nineteenth-century turn in modern literary studies of the Arab region, and also the Turkish and Persian regions.

“This is a time that, until recently, I think was seen as something of a dead letter,” Booth said. “And now that’s changing. There are many, many works of wonder from that period to read and explore.”

But while the two works discussed during the fifth session share a time period, they’re markedly different in construction and ambition. Leg over Leg attracted the majority of the discussants’ attention and could, as Philip Kennedy noted, have been the focus of an entire day’s workshop. The book, translated by Humphrey Davies and published in four volumes, is a major creative work that reads as relevant now as it did in 1855, challenging our ideas of modernity, literary influence, gender, and genre. Muḥammad al-Muwayliḥī’s What ‘Isa Told Us, or, A Period of Time, meanwhile, is a popular and influential collection of newspaper essays originally published in the late nineteenth century and early twentieth century. Translator-editor Roger Allen called the two-volume set a “bridge work,” linking the earlier Arabic corpus with other, newer forms.

Al-Shidyāq’s work, on the other hand, is almost certainly not a bridge; indeed, al-Shidyāq challenges the idea of literary bridge-ness. But both writers were intellectuals connected to earlier forms as scholars and readers; both were familiar with European travels and literature; both were involved with newspapers and the new types of printing; both engaged Arab and European realities.

The relationship with Europe

Much of the attention to Leg over Leg has focused on its relationships with European texts, as indeed has been the case with other key Arabic texts, such as al-Maʿarrī’s Epistle of Forgiveness. But Creswell, in his presentation, said he was less interested in the search for European “sources” for Leg over Leg. This search, he said, “strikes me as a way of mitigating the novel’s essential strangeness.” But he didn’t forgo comparisons: He focused on a key formal difference between Leg over Leg and Sterne’s Tristam Shandy, which was the manner of digression. In Tristam Shandy, he said, digressions are contextual, while in Leg over Leg, they’re philological.

Al-Shidyāq, Creswell said, “becomes an intellectual by re-imagining the older profession of philologist. Rather than being a commentator on authorized texts, he makes himself into a commentator on the world around him.”

In the end, Creswell likened al-Shidyāq to a later set of European writers: “He estranges his own language by opening it up to its own past. It is this task of renewing language by archaicizing it that makes for common ground between Shidyāq and somewhat later European modernists like Pound and Yeats, who sought to make it new by making it old.”

Al-Muwayliḥī, who wrote half a century after al-Shidyāq, had a different relationship with European texts, and his comments on European habits came through a filter of the British occupation of Egypt and as a participant in struggles over power and influence. Al-Shidyāq, meanwhile, stood as an independent observer.

“There are pages [of Leg over Leg] on England that sound almost like Engels on Manchester and the working class, published in 1845,” Sieburth said. As for al-Shidyāq’s descriptions of Paris: “I would use [them] in a ‘representations of Paris in literature’ course.”

“There are bits of social history here, and discussions of, for example, the specificities of French latrines that I haven’t found in Hugo or Balzac or the British travelers.”

In other ways, Al-Shidyāq’s work stands out from other nineteenth-century texts, or other literary works in general, Sieburth said: “Rarely have I read a work that is this profoundly corporeal, that is founded in the body of language. Its vocalizations, its sound structures. A body whose verbal flesh and blood and shit and sperm and farts and belches are physically inscribed on the page in a form of lists and lexicographical riffs.”

Meanwhile, al-Muwayliḥī showed a greater anxiety about European opinion. Al-Muwayliḥī’s description of Paris, which was removed from the “school-ready” editions of his book, show a prudishness that’s foreign to Leg over Leg. In this section, al-Muwayliḥī describes the Egypt exhibit at a Paris fair, which he finds full of “lewd women” and gaming. “When we got inside, we almost died of shock.” This sort of exhibit, al-Muwayliḥī wrote, “only served to make other people look down on Egypt with contempt.”

The two texts offer different visions of Europe—one more independent, and one that became an “official” view, stamped with the approval of becoming a school-exam text.

The tradition and untranslatability

Booth and Creswell both called Leg over Leg a blueprint for LAL’s remit. One of the senses in which it functions as a guide is in its apparent “untranslatability.” As Kennedy noted, “If there are works that fit into that scheme [of untranslatability], then certainly Al-Saq ‘ala al-Saq [Leg over Leg] is one.”

Yet Davies, along with his project editor Michael Cooperson, made his heroic job seem possible. “My task as a translator was resolutely focused on breaking it down into discrete tasks and tackling them one by one.”

As in much of classical Arabic literature, rhymed prose was an issue. But in Leg over Leg, Davies said, it was even more important that the translator embrace this challenge.

“Shidyāq was very self-conscious about the fact that he was using rhymed prose, and he didn’t allow the reader to forget it. At one point he says, ‘Rhymed prose is to the writer as a wooden leg to the walker. I must be careful, then, not to rest all my weight on it every time I go for a stroll down the highways of literary expression, lest its vagaries end up cramping my style or it tosses me into a pothole from which I cannot crawl.’”

“It is impossible, clearly, for the translator to skirt the issue,” Davies said. “So I had to sit down and do as much as I could in the way of simple rhyming.”

In the end, the “untranslatable” Mt. Everest of Leg over Leg ended up being translatable after all. The rhyming worked so well, Davies said, that he wondered “if we could work through this series to reintroduce the use of rhymed prose in English.”

Davies shared, as part of his presentation, a satiric poem that was part of Leg over Leg, composed in the style of slavish admiration to the Egyptian ruler, Muhammad Ali. The poem was written on the occasion of the ruler having his body shaved.

The day our prince took a bath and was rendered depilate.

And poetry, through his pubes, gained in glory.

“It’s fun to do, and it’s worth trying,” Davies said. “And sometimes it works.”

« Editing classical Arabic texts: It’s not just making buggy whips
“Many, many works of wonder”: Beyond the classic classics (Part 2) »