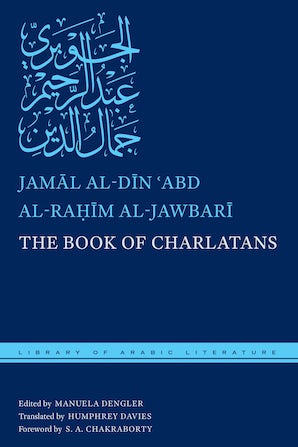 Manuela Dengler studied Arabic in Damascus and Cairo and received her Ph.D. in Oriental Philology and Islamic Studies from the University of Cologne (Germany). She is the author of the first text-critical edition based on a wide examination of the existing manuscripts of the Book of Charlatans by the thirteenth-century Syrian author al-Jawbarī, which she has now re-edited for the Library of Arabic Literature. Besides her research activity, she works in the fields of foreign cultural policy, the dialogue between Western and Muslim societies, and refugee policy.

The Book of Charlatans is a comprehensive guide to trickery and scams as practiced in the thirteenth century in the cities of the Middle East, especially in Syria and Egypt. The author, al-Jawbarī, was well versed in the practices he describes and may well have been a reformed charlatan himself. Divided into thirty chapters, his book reveals the secrets of everyone from “Those Who Claim to be Prophets” to “Those Who Claim to Have Leprosy” and “Those Who Dye Horses.”