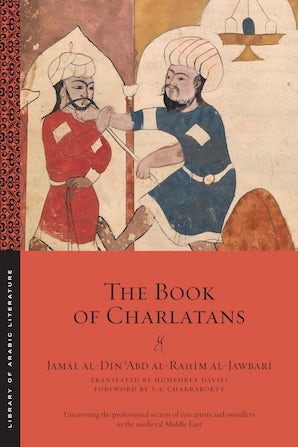 The Book of Charlatans is a comprehensive guide to trickery and scams as practiced in the thirteenth century in the cities of the Middle East, especially in Syria and Egypt. Al-Jawbarī was well versed in the practices he describes and may have been a reformed charlatan himself. Divided into thirty chapters, the book reveals the secrets of everyone from “Those Who Claim to be Prophets” to “Those Who Claim to Have Leprosy” and “Those Who Dye Horses.”