On Gender and Translation: A Feminist Reading of Consorts of the Caliphs

In this blog post, Professor Leyla Rouhi reads Consorts of the Caliphs and asks what the book can teach us about gender and translation. What do the study of gender and translation have in common? There are many answers to this question, but one is that both ask us to think more theoretically, while also requiring specific case studies and contextualization to come into focus. Otherwise, their discussion, however well intentioned, will not go beyond generalities. Consorts of the Caliphs: Women and the Court of Baghdad provides a sound case study for the exploration of specificity in both gender study and translation.

The collection, gathered by the Baghdadi author and compiler Ibn al-Sā‘ī (593-674/1197-1276) is “a work of historical biography [that] gives voice to the spirited, learned, influential women of the medieval past in the Abbasid Empire. It unbinds our ears and eyes to some of what they said and did,” as Marina Warner writes in her foreword. It spans five hundred years and narrates the lives, deeds, and special traits of the concubines and wives of generations of Abbasid caliphs. The anecdotes and biographies showcase the beauty, talents, and admirable traits of the women, free or enslaved.

As is true of all Library of Arabic Literature editions, a significant feature of the hardcover book is its dual language layout, which serves as a physical reminder to the reader that this is a translation. Those who cannot read the original remain visually aware of a distant original on every page, and those who can will no doubt consider translation choices and variants here and there. This alertness to linguistic distance extends to feminist sensibility also. After all, at first sight even the title of this book may seem offensive from a feminist point of view: “Consorts of the Caliphs” instantly foregrounds polygamy in favor of men, the enslavement of women, and an obvious patriarchal hierarchy; furthermore, almost every anecdote introduces its subject as “slave of” or “wife of,” stressing how she was qualified by the men who owned her: “She was one of al-Mu‘tamid’s favorites;” “She was a slave of mixed patronage and a favorite of the Caliph al-Mu‘taṣim.” (Some were owned by women, but they still existed within a profoundly patriarchal system.) As a scholar who specializes in Castilian and European literatures of the ninth to seventeenth centuries, I am no stranger to worlds where women seem to exist exclusively in relation to men and often as possessions. But my circumstances are so different from the circumstances of the the women I study that I can only offer useful explanations and insights if I have a serious command of context and original language. Even then, the use of evidence to build context is a difficult process; I must negotiate my own sensitivities and presuppositions as well as the ones from the past, which are often not similar to mine at all. When reading Consorts of the Caliphs, I looked to the foreword, introduction, and notes to provide some of this necessary context.

In the introduction, Julia Bray demonstrates that the relationship with the men is not just one of subservience, but can be one of camaraderie and rivalry as well, as wit, loyalty, virtue, piety, and beauty come into the foreground of each case. Yet Bray is also careful not to offer a celebration nor an apology, even as she highlights the respect and voice given to these women, whom Ibn al-Sā‘ī portrays as highly talented, or highly pious (sometimes both), and often beautiful. I appreciated Bray’s insight because I too have showcased the wit and intellect of many a medieval/early modern woman (fictitious or not) in my own research, and have fought against the misconception that before the twentieth century all women were miserable and treated as chattel. At the same time, I remain convinced that there were serious limits to medieval women’s agency, as becomes painfully clear in the reading of Consorts. To reconcile these two truths is not easy, and I like how Bray navigates this complexity in the context of the poetry of the jāriyahs, a word which she interchanges with its closest English translation, “slave.” She explains that their poetry is as fragile as their own situation, and that we need to be careful not to romanticize them as heroines with real agency, nor as erotic objects. The biographies confirm Bray’s views, offering a ground-level perspective on relationships and networks between these women and their owners or husbands. There are numerous examples of wit and other talents, but in each case, the boundaries are also visible: it is always clear that men owned these women. If these boundaries do not always seem to have been clear lines, but rather amorphous zones, this still does not dispel my discomfort. That so many women were bought, objectified, sold, and seen only as a function of their beauty and fecundity continues to perturb me. However, access to the texts and to contextual facts enriches my perspective and enhances my awareness of the complexity of these women’s lives. One of the greatest features of Consorts is how it allows both attitudes—an awareness of contextual complexity and an exasperation with gender hierarchy—to coexist. 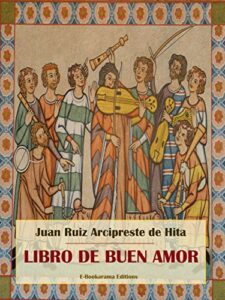 In the future, I plan to bring examples from Consorts into my classes on medieval and early modern Spain. Gender issues in El libro de buen amor, La Celestina, Don Quijote, and the so-called Golden Age “honor plays” are as distant from us today as those of Ibn al-Sā‘ī’s world, and just as difficult to grasp. Our contemporary feminist viewpoint immediately notices, rightly I would add, the depiction of women as property and as symbols of honor, trapped inside a masculine framework. The unease that comes from this is real. However, a text as carefully prefaced and translated as Consorts opens up other possibilities and urges us to consider how thirteenth-century Baghdadi men and women read the stories it presents. Perhaps they saw success and happiness in some of the stories. Perhaps wit, loyalty, marriage, and the bearing of sons overshadowed the oppression that we foreground today. The multiplicity of context-bound readings presented in this translation of Consorts encourages us to consider them alongside today’s feminist thinking.

Leyla Rouhi is Mary A. and William Wirt Warren Professor of Romance Languages at Williams College. Her research focuses mostly on early modern Iberia and the presence of Islam in Spain. She has also written on the figure of the go-between in medieval and early modern Islamicate and European literatures as well as translations of Don Quijote into Persian. She has also translated the first modern time-travel novel, El Anacrónopote (1887) by Enrique Gaspar, from Spanish into English.