On the Challenges of Translating Ibn Qutaybah, and His Central Place in Western Scholarship

Sarah Bowen Savant is Associate Professor at The Aga Khan University, London, the author of The New Muslims of Post-Conquest Iran (2013), and most recently the translator of the first section of Ibn Qutaybah’s The Excellence of the Arabs, “Arab Preeminence.”

For Savant, like many others, her educational biography “very much proceeded with Ibn Qutaybah in tow.” In this first part of a two-part discussion, she talks with M Lynx Qualey about Western Orientalists’ focus on Ibn Qutaybah, why bring it into English, and who she’d like to see—beyond specialists—reading this text.

The (excellent) introduction to Excellence of the Arabs is also available online. 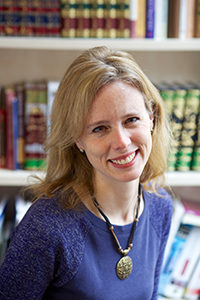 How did you come to translating Ibn Qutaybah’s Arab Preeminence?

As you know, there are two parts to this text, and I translated the first.

At Harvard, we read the first part, although at that time not all of it was available. It was only produced in 1998 by Walīd Maḥmūd Khāliṣ in an edition that has both parts. I was only familiar, for a very long time, with the first part, and not even all of it.

The thing that moved me to work on it was that Prof. Roy Mottahedeh had asked the question: What was the Shuʿūbiyyah controversy all about? And Ibn Qutaybah’s Arab Preeminence was the main source for discussing that problem. This was one of the questions planned for my PhD general exams, and I had a year to think about it. I read Ibn Qutaybah’s book (the Khāliṣ edition), and then I read everything around it, and I began to form opinions about the significance of it.

I decided, at that point, that I wanted to try to translate Ibn Qutaybah’s book.

And so, my educational biography very much proceeded with Ibn Qutaybah in tow. Not only mine—the first part of this book has been part of the curriculum of American and British Orientalists for at least the last 50 or 75 years.

Prior to that, this text’s study in the West runs backs to the nineteenth century, in Germany and Hungary, with most notably Ignác Goldziher and his Muslim Studies (1889-1890). It was his treatment that made this book a central focus for any discussions not just of this controversy, the Shuʿūbiyyah controversy, but also really for any historical discussion of ethnicity and hierarchy in Islam. So that’s what first attracted me to it, because it was deemed quite important to any discussion of ethnicity and hierarchy. The term nationalism is anachronistic, but this text nonetheless also brought specifically into discussions of nationalism. It’s been brought into discussions of “Who are the Arabs,” “Who are the Persians,” and also anachronistically, “Who are the Iranians?”

It’s also been treated as extremely important in general historiography of early Islam and also the Middle East.

Why do you think this text became so important for Western Orientalists?

I think they found echoes of their own days. This point has been made many times, but they were looking for the equivalent of nations, and they thought that they could find something like nations in Arab Preeminence. So they thought Arabs were one nation, and Persians another.

Could you cite a few of your favorites, among the poems?

There were a few that really brought the period alive for me. Take for example:

but you keep the pot for yourself.

Do you, all fat and soft, scoff at me, because you see

I’ve wasted away by doing right by others?

I divide my body among many,

and I am left with clear, cold water.

Ibn Qutaybah follows it by saying that the poet deprived himself and was left with water because he had given his guests the milk that he had. The poem shows the hospitality of the Arabs.

Some of them are little bits of wisdom. For example, he cites a poet who says:

Oh for a pair of sandals made of hyena hide!

The point here is that while some of the Arabs are poor and do things like ride unlawful animals, eat crow-meat, or wear funny shoes, wealthy Arabs are not like this. He cites it as part of an argument that we should look at what the well-heeled Arabs do – not the poor – when we think about who the Arabs are. And the Arabs’ elites are as good – or actually, better – as any other elites, especially those of the Persians.

By modern standards, we would reckon Ibn Qutaybah an elitist, and so he also quotes lines that this one:

They’re all equal, like the teeth of a donkey:

The white-haired man is no better than the callow youth!

Do you think the Western focus on this text is justified?

Yes, I do, and I only wish we had more texts from the period that have similar titles so we could better contextualize it in its own times. There are several texts with similar titles written by authors, but they do not survive anymore.

Why bring it into English? You felt it would be of interest to scholars beyond the field?

I thought scholars beyond the field would be interested in it because of its central place within Western scholarship. I think it’s important that classics—even if created in the modern period—should be known outside of the field.

Also, in terms of its language, it’s quite a challenge to translate, and I’ve enjoyed the challenge. As a graduate student working on this book, I was perplexed, and I learned a lot by working on it.

I puzzled over parts of it for a very long time, including why Ibn Qutaybah doesn’t name opponents who are contemporaries in his own time. The main opponent who he names is Abu ʿUbaydah, who dies in 825, and that’s nowhere near his own lifetime. So what’s going on?

There’s a lot to puzzle over. So for me, I grew up as a scholar reading this, and I wanted to bring it out.

I would really like to reach anyone interested in questions of identity, ethnicity, and the formation of Muslim thought—this is a class I teach here at the AKU in London, and I’m assigning this text.

Also, students of Arabic. I’ve read this book with students of Arabic in Leiden as a guest lecturer, and it was really good fun. The students struggled a bit with the Arabic. It rewards, but it’s difficult, so it’s a good text for teaching. 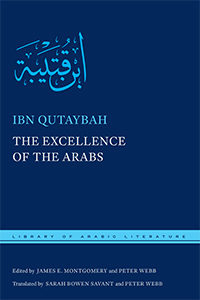 What were the particular translation challenges?

The first translation challenge was trying to maintain a thread to his argument: to give some coherence to what Ibn Qutaybah was writing. To that end, I spent a lot of time trying to think of the voice of Ibn Qutabyah. Who is Ibn Qutaybah? How do we imagine him as a human being? What kind of person was he? I landed on the idea that he’s a cultural conservative who can be a bit humorless at times. He is something of a difficult person, from the text, and I hope the tone carries through.

But he also was a man of incredible breadth of knowledge, and if you look at all the other works that he has penned, he was knowledgeable about the Qur’an, about hadith, about literature. He was very knowledgeable about Persian materials. He had some affinity for Iranian history. So he’s not a simple man, and he was quite fascinating to translate. So that was one challenge—working out what he was saying and who he was.

The other challenge was who he was writing against, and trying to figure that out: What was the voice of the opponent? Because the opponent isn’t quoted, really.

So how did you imagine the voice of the opponent? If his opponents aren’t of his time, is there any possibility that he’s boxing shadows?

This takes us back to the discussion of who were these “Shuʿūbīs” that he mentions. It’s a term that comes out of the Qur’an, and again I spent quite a long time thinking about these people. I don’t think—contrary to most scholarship on the phenomenon—that he’s actually dealing with a social movement, a coherent group of people as such. I believe that he’s using the term Shuʿūbī to refer to people he considers bigots. It’s an act of name-calling.

I support that in my other work by looking at definitions of the term Shuʿūbī. They’re always very similar and repeated, and basically boil down to calling Shuʿūbīs bigots against Arabs.  And it’s quite interesting because this term carries through into the modern period, and when you look at people who are defending Arabs, they accuse people who would express any negative opinions about Arabs as Shuʿūbīs.

But you never find, either in the classical period or the modern period, anyone saying, “I’m a Shuʿūbī.” It’s not a self-definition.

Why did you decide on the translation of Shuʿūbīs as “bigots”? Why not, for instance, “Arabophobe”?

Because it conveys the sentiment of how he perceives his opponents. I think he found them to be bigoted. And a term like “Arabophobe” would be a bit too literary or a bit too academic, and I think he’s blunt. It’s a blunt term.

The second part of this interview will appear next Wednesday, June 21.