On Teaching with Classical Arabic Texts That “Capture a Sense of Marvel, Wonder, Humor, And, Above All, Adventure”

Sean W. Anthony — a historian and professor at Ohio State University in the Department of Near Eastern Languages & Cultures — is editor-translator of LAL’s The Expeditions: An Early Biography of Muḥammad.

Here, M. Lynx Qualey speaks with Anthony about teaching with the LAL texts, including — as it’s Women in Translation Month (#WiTMonth) — Consorts of the Caliphs, which collects writing by and stories of thirty-eight free and slave women who were consorts of men in power: 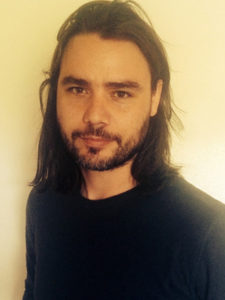 h works do you teach from van Gelder’s Classical Arabic Literature anthology, and–with these works—what are you hoping to illumine?

Sean Anthony: Van Gelder’s anthology is an especially rich and exceptional specimen of the anthology genre for a number of reasons. I’ll just name a couple and get to the point. Principally, it is exceptional because the translations come from a single scholar’s pen—and quite an accomplished scholar, too. The translations, therefore, do not suffer from the unevenness of quality so typical of anthologies. They also have a nice, readable, and modern style. Another thing that I like about the anthology is that it includes formidable Arabic texts that are difficult to translate and that have, therefore, remained long-revered by specialists but neglected by translators. As a result, there are many gems in this anthology, but I’ll single out just a few.

One small section of the anthology I often return to is the collection of early oracles of the pre-Islamic soothsayers. The pre-Islamic qaṣīdah, or ode, usually dominates most discussions of pre-Islamic literature and, as a result, tend to crowd out the oracles. These oracles were composed in a type of rhymed, rhythmic prose called sajʿ in Arabic The rhyme and rhythm tends to be the first thing to go in translation; however, van Gelder’s little section manages to explain what sajʿ is and to demonstrate how sajʿ works pretty well alongside his translations. This is important. Much of the Qurʾan is also written in a type of sajʿ, and I find that van Gelder shows how the oracles of the soothsayers and the early Meccan chapters of the Qurʾan resemble each other in profound ways structurally. The comparison, however, redounds to the benefit of the Qurʾan, too, and is also highly instructive – the comparison really helps highlight how the message of the scripture elevated and transformed this medium of expression.

Two texts from the anthology that I often pair are Bashshār ibn Burd’s poem lampooning the tribal Arabs and Abū Ḥayyān al-Tawḥīdī’s prose essay on the superiority of the Arabs. I return to these texts so often because they intrinsically raise the question of who “owns” Arabic and because our contemporary society is so obsessed with identity—what privileges this or that identity confers, what identities are valorized or which ones are deprecated, how identity relates to societal values such as equality, etc. Both works were written in the shadows of debates over Arab political and cultural supremacy vis-à-vis the multitudes of non-Arab peoples who populated the vast and cosmopolitan Abbasid commonwealth. They are also great texts for showing how Arabic, much like English, transcends “Arabness” as a parochial ethnic identity. I’m actually looking forward to introducing the recently published volume by Ibn Qutaybah, Excellence of the Arabs, into this mix as well.

One other selection I’ll mention is the story of Qays and Lubnā, which was excerpted from the Kitāb al-Aghānī of Abū l-Faraj al-Iṣfahānī. It’s a G-rated (or, “chaste”), tragic love story that offers a nice mix of poetry and prose, but it is also a great story for observing societal change in the post-conquest period and the changes in literary aesthetics that came with these societal upheavals. Love stories and poems aren’t as frivolous as they might seem at first blush, especially tragic ones, as they offer interesting windows into literary critiques of society and its hierarchies. Tragic love stories seem to inculcate the sense that their two protagonists ought to be together but are prevented by an unsympathetic society that ultimately destroys not just their chance at union but also their very persons. The subtext often seems to be: What’s wrong with society that makes their love impossible? Qays and Lubnā, in any case, makes for an excellent specimen for demonstrating this literary dynamic in Arabic literature.

What sections from the Two Arabic Travel Books do you use, or do you assign the whole text(s)? Are the students meant to read them one-sided or bilingually? What sorts of discussions have you had around the travel books, and how does travel writing help us understand histories of those writing and those written about? Tim Mackintosh-Smith said he’d like all seventh and eighth graders to read his…I assume you have slightly different discussions than would take place in the middle-school classroom.

SA: Firstly, these are fun texts that capture a sense of marvel, wonder, humor, and, above all, adventure. In a university setting, both of these texts get at a fundamental human problem that I enjoy highlighting: How does one write about and represent cultures and peoples other than one’s own? What pitfalls await even a sympathetic observer? I usually assign the entirety of Ibn Faḍlān, and I often single out the passages on China from al-Sirāfī. Both texts give vivid accounts of what diplomacy and trade looked like in the Abbasid period and also how beliefs about geography and classes of people shaped perceptions of the larger world outside the so-called Abode of Islam. Then there’s the texts’ particular strengths. Ibn Faḍlān affords a great opportunity to discuss how conversion and diplomacy intertwine as well as the influx of prestigious Islamic silver to northern lands and contacts with the Rūs and Vikings. Al-Sirāfī’s descriptions and tales of trade with Tang China I usually supplement with a discussion of seafaring, an explanation what the hell ambergris is anyway, and a study of historically relevant material finds, especially, Alain George’s wonderful study of the Belitung shipwreck discovered in Indonesia, which contains the remains of an Arabian dhow from circa CE 830.

How much of Consorts do you use, and why Consorts? To get at the possibility of seeing / reconstructing what we know of women’s lives in the times the works were written and compiled?

SA: The lives of unfree persons and of women, let alone their voices, pose notoriously formidable challenges for historians of the distant past to reconstruct. In this way, Consorts is an exceedingly precious source. I tend to use the first half of it in my classes on Arabic literature and Abbasid history.

How have students responded to the works in Consorts, for better or worse?

SA: Reactions vary and continue to surprise me – every teacher learns a great deal from the reactions of his or her students, I think. Some students are puzzled by the form of slavery on display, and some are shocked that slavery existed in this period at all. Others sometimes think that the phenomenon of singing-girls and accomplished court poetesses is foreign and distant. I beg to differ with that second sentiment. How do such women compare, for example, to the child celebrities whose commodified lives seem to solely exist for the propagation of popular culture and its profits? One shouldn’t overdo it, of course, but the discussion is important. Surely, the life of the courtesan ʿArib differs in fundamental ways from, for example, the likes of a Britney Spears, Miley Cyrus, or even a Justin Bieber. But how exactly? Listening last year to a Radiolab podcast on K-Pop, I was again struck by how modern some aspects of these women’s lives were.

And about your own book, The Expeditions— in what classes have you used it, and how?

SA: There are several passages that I continually return to: Muḥammad’s marriage to his first wife, Khadījah, and his earliest revelations and experience of persecution in Mecca; his wife ʿĀʾishah’s firsthand account of how rumors of adultery spread against her and how she was exonerated; and passages on the final days of Muḥammad’s life and the controversies over his secession, especially as narrated in a speech attributed to the second caliph ʿUmar. It’s hard to sum up how or why these stories are important—they become such titanic narratives. I like the version of these stories found in the Expeditions because they are so early and, thus, easily compared with later stories in order to observe how they evolved over time. Such comparative readings are highly instructive when it comes to developing an understanding of how the past is constructed and the role of narrative in that process. I use these selections from the Expeditions in my introductory courses (whether to Islam or to Arabic literature) as well as in my more advanced courses on the Qurʾan and Islamic political thought because they are foundational narratives. As foundational narratives, revisiting them always proves rewarding in a classroom context because you’re simultaneously equipping students with religious literacy and demonstrating how these old stories remain cherished today and maintain their power to evoke strong responses from us today.

« “Excellence of the Arabs”: Ibn Qutaybah and the Cultural Authority of Poetry
“A Dinner of Words, Devoid of Food”: Philip Kennedy on Ibn Butlan in The National »