Get a complimentary mug with our Spring 2017 titles! 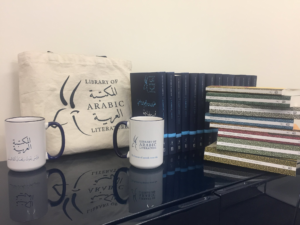 Due to popular demand, we’re rolling out a special promotion this season:

All pre-orders of either of our spring hardcovers placed between now and March 31 will automatically be accompanied by a complimentary LAL mug, shipped to you for free. Please note this applies only to orders within the U.S. and while supplies last.

Check out our new book offerings below and click on the links to snag yours now.

The Excellence of the Arabs 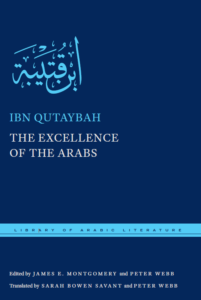 The Excellence of the Arabs is a spirited defense of Arab identity—its merits, values, and origins—at a time of political unrest and fragmentation, written by one of the most important scholars of the early Abbasid era. In the first part, Arab Preeminence, which takes the form of an extended argument for Arab privilege, Ibn Qutaybah accuses his opponents of blasphemous envy. In the second, The Excellence of Arab Learning, he describes the fields of knowledge in which he believed pre-Islamic Arabians excelled, including knowledge of the stars, divination, horse husbandry, and poetry. Eloquent and forceful, The Excellence of the Arabs addresses a central question at a time of great social flux at the dawn of classical Muslim civilization: what did it mean to be Arab? 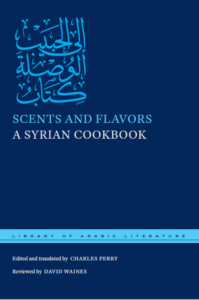 This popular 13th-century Syrian cookbook is an ode to what its anonymous author calls the “greater part of the pleasure of this life,” namely the consumption of food and drink, as well as the fragrances that garnish the meals and the diners who enjoy them. Collecting 635 meticulous recipes, Scents and Flavors invites us to savor an inventive cuisine that elevates simple ingredients by combining the sundry aromas of herbs, spices, fruits, and flower essences.

If you have any questions, don’t hesitate to contact us:

.
« On “the shipwreck of memory” and the human curse of forgetting in The Epistle of Forgiveness
On finding music in al-Maʿarrī’s poetry »