“A Dinner of Words, Devoid of Food”: Philip Kennedy on Ibn Butlan in The National 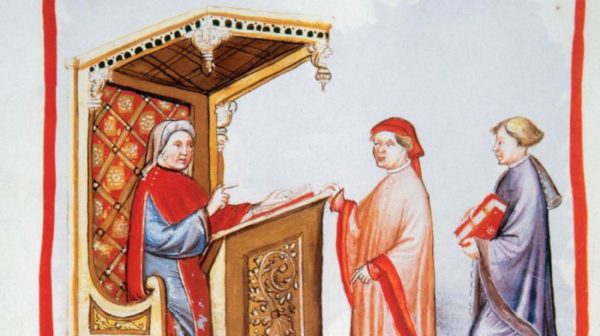 LAL’s own tireless General Editor Philip Kennedy was featured in today’s issue of The National discussing his upcoming translation project – The Doctors’ Dinner Party, a sardonic novella by Ibn Butlan.

“Ibn Butlan was a respected doctor of his time and known for his technical writing. He travelled to Cairo around 1040 to study under Ibn Ridwan, a self-made man of poor origins who monopolized the study of medicine.

In this period, being a doctor was not just about one’s medical and scientific knowledge but also about being a man of philosophy and the arts. The two men did not see eye to eye….

The two accused each other of bad practice and eventually Ibn Ridwan used his influence to get Ibn Butlan driven from Cairo. He moved to Constantinople where he penned his sardonic novella. The Doctors’ Dinner Party may be fictional but it reflects the disdain Ibn Butlan no doubt harboured towards his former mentor. It draws on both the romantic, lyrical poetry of its age and popular medical literature, written at a time when quackery was rife and books were written on how to tell an honest practitioner from a charlatan. It also draws on another theme of its age: a dinner of words, devoid of food.”

Read more about Ibn Butlan by going to the full article here!

« On Teaching with Classical Arabic Texts That “Capture a Sense of Marvel, Wonder, Humor, And, Above All, Adventure”
Consorts of the Caliphs Set to Ballet »