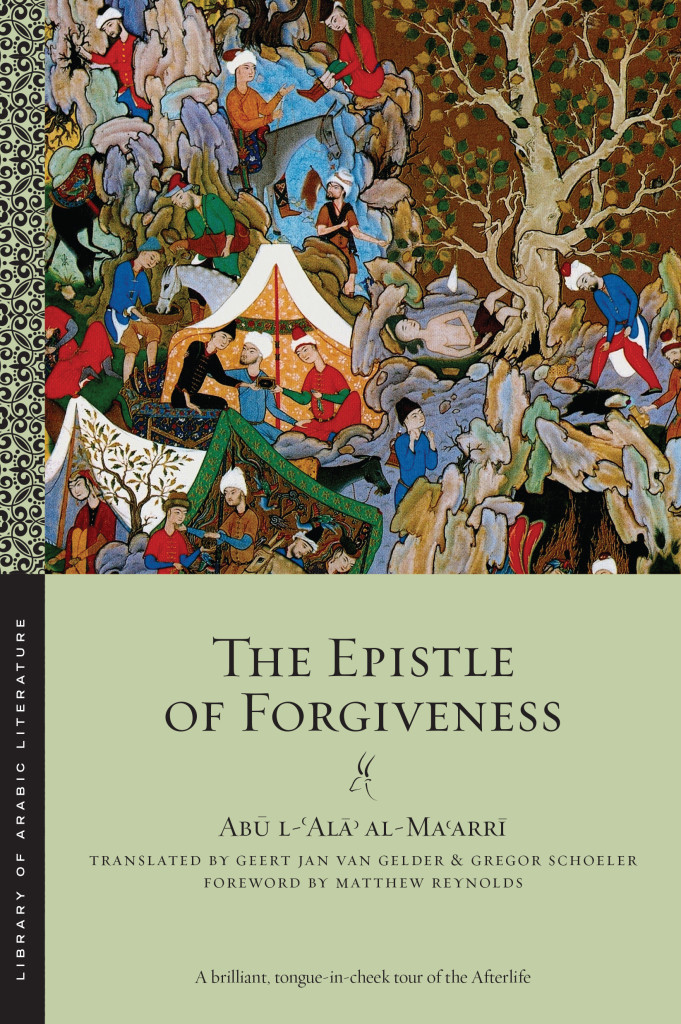 Earlier this month, BBC Radio 4’s series Museum of Lost Objects, which traces the stories of antiquities and cultural sites that have been destroyed or looted in Iraq and Syria, featured our very own Abū l-ʿAlāʾ al-Maʿarrī, author of The Epistle of Forgiveness whose edition-translation by Geert Jan van Gelder and Gregor Schoeler won the Sheikh Hamad Award for Translation and International Understanding in 2015. Here’s a snippet from the transcript on the controversial and revered poet whose statue was decapitated by Islamist militants in 2013:

“Al-Maarri’s unusual lifestyle attests to his free thinking. He was celibate, he favoured cremation over burial, and at the age of 30, he became a vegetarian.

When he was in his 70s he wrote letters explaining his decision to abstain from meat, quoting the Koran and an ancient Greek physician. He said it might be considered evil to cause animals pain, to rob them of their milk, to steal their eggs like thieves. But, tongue in cheek, he adds:

Another reason that induced me to abstain from animal food is the fact that my income is a little over 20 dinars a year and when my servant takes out of that as much as he wants, no magnificent sum is left so I restrict myself to beans and lentils, and such food as I would rather not mention.

In the 20th Century, al-Maarri was cast as an example of rational Arab humanism, a hero worthy of the same esteem as the great thinkers of the European Enlightenment. So his statue was erected in the 1940s and generations of school children in Syria grew up learning his poems.

There’s a beautiful structure and rhyme, there’s something that makes it easy to get through your mind and stay forever, says BBC Arabic’s Mahmoud al-Sheikh, a fan of the poet.”

You can tune into the full 12-minute podcast here, where the text—now available in both bilingual hardcover and English-only paperback editions—is discussed at around 6:56.

« Visit us at AOS in Boston this weekend!
Forthcoming from LAL: A 19th-century traveler’s account of Sudan, a popular medieval cookbook, 101 Nights, and more »