Luke Yarbrough’s interests, he says, lie at the intersection of intellectual, political, and administrative histories in the pre-modern Middle East. Yarbrough, an assistant professor at St. Louis University, found all that and more in his editing and translation work for ʿUthmān ibn Ibrāhīm al-Nābulusī’s The Sword of Ambition: Bureaucratic Rivalry in Medieval Egypt. 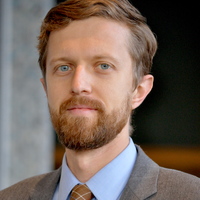 The text is wide-ranging, jumping from anti-Copt polemic to fragments of poetry by men the author admires to dumb-judge jokes. In this interview’s first part, Yarbrough and M. Lynx Qualey talked about the reasons to translate a work that could be characterized as “bigot lit” and how the book provides context for the author’s prejudices.

Now, they discuss who should (and shouldn’t) read the book, how this book might reflect the humor memes of thirteenth-century Egypt, the difficulties in translating it into English, and why Ibn al-Nābulusī probably wouldn’t be altogether pleased with the translation.

Who should read Ibn al-Nābulusī’s The Sword of Ambition? Is there anyone who shouldn’t read it?

At a basic level, of course, this will provide something new to anyone who’s interested in the classical Islamic world.

More specifically, there are also many people interested in premodern Muslim-Christian and Muslim-Christian-Jewish relations, and they will find a great deal that’s new and a great deal that’s of value in this particular genre of polemic, which is not so well-known. I think it will also interest others who are working to try to understand the extent to which, in Islam as in Christianity, there are these exclusionary and combative polemical tendencies in certain texts, and who want to know where those come from and how they first germinate. The text will be useful for those with an interest in the polemical and exclusionary history of Islam.

I’m not entirely sure who shouldn’t read this. It’s tempting to hope that the Pamela Gellers, Robert Spencers, and Abu Bakr al-Baghdadis of the world will overlook it. But actually I think it would be alright if they didn’t. There’s a chance that if they read it they might experience, after a flash of triumph, a flash of self-recognition, in which they ask, “Is this author, with all his grudges and his comical self-absorption, a less influential, more learned version of me?”

Some colleagues have written to me, “Oh, I’m so glad you did this, what section should I assign?” And I thought, umm, maybe none of them.

Are you going to teach it?

I’m not going to teach the whole book. But If I do teach sections, it will be as part of a miscellany, establishing the range of human reactions that take form around the kinds of religious and social difference that obtained in premodern Islamic society. So I’d assign a section from this, but then I’d also assign the prophetic hadith about the Copts and how we Muslims should be kind to them, and about how they help us in our religion because they do administrative jobs for us and we can concentrate on worshiping God. The fact is that employing non-Muslims in significant state offices was endemic across the Islamic world for most of the premodern period, yet the legal sources almost universally frown on it. So it’s a very intriguing paradox.

You did a lovely job translating some of the malapropisms, which are both funny and discomfiting. Does this give us a picture of humor at the time, or one sort of humor? Of the jokes that were circulating?

I’m not a great expert on humor of the period, but these are dumb-Copt jokes, if you will. It gives us an idea of what the long-term conversion of Egypt’s population to Islam was like in the thirteenth century when he was writing. For instance, there’s a notion that even elite, literate Copts don’t learn to write or speak Arabic properly. But then there’s also the idea that, in a way, they are too enthusiastic about their religious identity without having the knowledge to back it up. So you have stories about how they will quote scripture very confidently, but what they say doesn’t really come from the Qur’an, it comes from poetry.

My hope would be that readers fascinated by the social history of Egypt, and of humor in the period, will find this useful.

On the other hand, on the opposite side of the spectrum from these bumpkins and Copts, is an elevation of those (Muslims) who properly practice the secretarial arts.

Ibn al-Nābulusī’s part of a very long and proud professional tradition of secretaries going back at least to the late Umayyad period. For example, some of the most iconic texts in all of Arabic literature come from ʿAbd al-Ḥamīd al-Kātib, who shows up in the book. He has a “Letter to the Secretaries” that’s an absolutely foundational document, in which he talks about how secretaries should comport themselves to set themselves apart from run-of-the-mill pretenders. That’s from six centuries before Ibn al-Nābulusī was writing.

We can think of the caste of secretaries, if you will (and caste is a bit too strong of a word) as not entirely incomparable to mandarins in premodern China. These are very proud and polymathic people. They’re proud of their mastery of a variety of different fields, from mathematics to geography to various branches of literature, Qurʾan and so forth. In their eyes, no one else has this breadth of learning, and ability to apply it.

What is different, though, in the period of this book is that the secretaries are increasingly being drawn from the same social and educational backgrounds as the ʿulamāʾ, the religious scholars. And increasingly they have, as Ibn al-Nābulusī did, a training in Islamic law. This would not necessarily have been the case two or three centuries earlier; secretaries would not necessarily have had the same training in Qurʾan and in hadith. In Ibn al-Nābulusī’s period, these two groups are increasingly overlapping. So as a consequence, I think, you see this new integration of very strongly juristic language of an Islamic cast with the pride of the secretarial class.

What do you think about the translation of katib as secretary?

My hope was that readers would eventually bend their expectations to understand it as Americans hear such titles as “Secretary of State,” “Secretary of the Treasury,” and so forth. These are very significant officials. The word in Arabic, kātib (pl. kuttāb), literally just means writer. So it’s the word we use now for writers of literature and for journalists, but it had a very distinct valence in the premodern period.

The kuttāb were very capable and in many cases powerful state officials. Sometimes translators opt for “scribe,” but to my ear “scribe” has quite a ceiling as to how significant a figure he can be. Another option would simply have been “official,” and I think in some cases I did translate kātib as “official.” 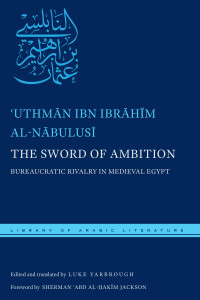 Were there particularly difficult points in the translation?

The poetry was of course difficult. What’s particularly challenging about it is that it is such a miscellany. Ibn al-Nābulusī’s usually pulling two or three lines of poetry from different sources, wrenched from their original context, so you only have a snippet. And in fact usually he’s taking from an anthology, usually an anthology by al-Thāʿlabī, I think. Even in his source there isn’t a great deal of context that would help you to interpret the poem. It’s like hearing just a snippet of a phone conversation and being tasked with understanding what’s going on without any context.

And translating the humor?

Some of his jokes I thought were funny on their own, and were fairly easy to translate, as when the country bumpkin comes to the judge and says, “When I go down to the river, which direction should I face so that washing my clothes is lawful?” And the judge responds: “You should face your clothes, lest they be stolen.”

That resonates with our contemporary comedic sensibility. Some of the other sections, that were supposed to be funny to 13th-century readers no longer are, as where two Arabic letters are mistakenly transposed to make a nonce-word. In most of those cases, I just had to stick as close to the text as I could and render the mistake into English, and then let readers make of it what they will.

The mixture of clever and clumsy fits to a certain extent what we make of the author. He was somebody with whom, in his own pitiful condition, we can relate to a certain extent, but he’s also such a curmudgeon that we take a step back and think, “What’s going on with this guy?”

There’s a lot of spelling-and-grammar humor. This must be something that he particularly looked down on.

It’s also possible that it was a social stereotype and was socially significant, but particularly significant his particular professional caste, which was that of the secretaries. People who write for a living are going to care a great deal more about spelling and proper speech than your run-of-the-mill Egyptian of the time. So hovering in the background is his claim to be an arbiter of proper secretarial comportment. I think he’s choosing his jokes and his jabs with a mind to his overall purpose for the book.

You suggested, in your introduction, that Ibn al-Nābulusī wouldn’t be too keen on your translation.

Since he was so enthusiastic about making judgments, I do hope that, if he read English, he would approve of the linguistic choices. But no, the fact that this is being read and picked apart by a partly non-Muslim audience who wouldn’t necessarily share his prejudices—he might find that disconcerting.

You can both laugh at and laugh with him. It is a distant hope of mine that we might empathize with this author to a certain extent, and see him as a recognizably fallible and industrious human. We might even reflect on some of our own prejudices and on the circumstances under which we might be prone to speaking as he does about people of whose views we disapprove, labeling them, for instance, as “bigots”—present-day infidels.

« An interview with Luke Yarbrough on Ibn al-Nābulusī and the reasons to translate “bigot lit”
Leg over Leg is longlisted for ALTA’s 2016 National Translation Award in Prose! »