Please join us at The Center for Fiction on October 8 to celebrate the launch of our new English-only paperbacks! In honor of this special occasion, General Editor Philip Kennedy and esteemed author and professor Dame Marina Warner will moderate a conversation with novelists Amitav Ghosh, Elias Khoury and Sinan Antoon about the richness of the Arabic literary heritage, the thriving contemporary Arabic literary scene, the challenges of translating Arabic literature for contemporary English-language readers, as well as, of course, the contributions of the Library of Arabic Literature to all of these.

The initial list of English-only paperbacks, which will be available for sale at the event, include: Ahmad Faris al-Shidyaq’s Leg Over Leg: Volumes One and Two and Volumes Three and Four, translated by Humphrey Davies;
al-Shafi‘i’s The Epistle on Legal Theory, translated by Joseph E. Lowry; and Ma‘mar ibn Rashid’s The Expeditions: An Early Biography of Muhammad, translated by Sean W. Anthony.

Be sure to RSVP here—and we’ll see you soon!

Learn more about the award-winning panelists below: 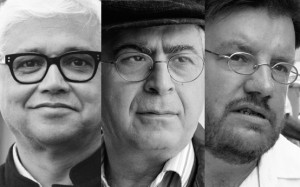 Amitav Ghosh was born in Calcutta and grew up in India, Bangladesh and Sri Lanka. He is the author of one book of non-fiction, a collection of essays and seven novels, of which the most recent is Flood of Fire. His books have won prizes in India, Europe and Myanmar and he has been awarded honorary degrees by the Sorbonne, Paris, and by Queens College, New York. He divides his time between Brooklyn, Goa and Kolkata.

Elias Khoury, born in Beirut, is the author of thirteen novels, four volumes of literary criticism, and three plays. He was awarded the Palestine Prize for Gate of the Sun, which was named Best Book of the Year by Le Monde Diplomatique, The Christian Science Monitor, and The San Francisco Chronicle, and a Notable Book by The New York Times. Khoury’s Yalo, White Masks, Little Mountain, The Journey of Little Gandhi, and City Gates are also available in English. Khoury is a Global Distinguished Professor of Middle Eastern and Arabic Studies at New York University. As Though She Were Sleeping received France’s inaugural Arabic Novel Prize.

Sinan Antoon (Baghdad, 1967) is a poet, novelist, scholar, and translator. He holds degrees from Baghdad, Georgetown, and Harvard, where he earned a doctorate in Arabic literature. He has published two collections of poetry and four novels. His works have been translated to nine languages. His translation of Mahmoud Darwish’s last prose book In the Presence of Absence won the 2012 American Literary Translators’ Award. His translation of his own novel, The Corpse Washer,won the 2014 Saif Ghobash Prize for Literary Translation and was longlisted for the International Prize for Foreign Fiction. His third novel, Ya Maryam, was shortlisted for the Arabic Booker. His scholarly works include The Poetics of the Obscene: Ibn al-Hajjaj and Sukhf (Palgrave, 2014). In 2003 he returned to his native Baghdad to co-direct About Baghdad; a documentary about life under occupation. He is co-founder and co-editor of Jadaliyya. He is an associate professor at New York University.

Philip Kennedy is professor of Arabic and comparative literature at NYU and NYUAD and General Editor of the Library of Arabic Literature. 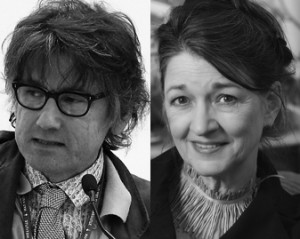 Marina Warner writes fiction, criticism, and history, focusing especially on myth and fairy tale. Recent books include Stranger Magic: Charmed States and the Arabian Nights (2012 National Book Critics Circle Award for Criticism; Truman Capote Award for Literary Criticism; and a Shaykh Zayed Book Award). She is Professor of English and Creative Writing at Birkbeck College, University of London, and a Fellow of All Souls College, Oxford and the British Academy. In 2015 she chaired the panel of judges for the Man Booker International Prize; in the same year, she was given the Holberg Prize by the government of Norway.

« “In translation, two heads are better than one”: Shawkat Toorawa on Consorts of the Caliphs (Part 2)
“No translation is ever finished”: An interview with Roger Allen on translating al-Muwaylihi »