“A human chain that stretches back into history”: A lecture by LAL Editorial Board Member Julia Bray

Is the study of Arabic literature in the western academy going round in circles or moving forward? What has been the most important recent development in the field? In this reading of her inaugural lecture as Laudian Professor of Arabic and Fellow at St. John’s College, LAL Editorial Board member Julia Bray argues that it is the recognition of the importance of repetition—the deepening of motifs and ideas by reiteration through time or across media—and of human contacts and continuities. The latter have been inherent to the production of medieval Arabic literary culture, played a significant part in the study of Arabic literature at Oxford since the founding of the Laudian Chair, and produced the most exciting current initiatives—including the Library of Arabic Literature, on which she goes on to reflect as a member of its Editorial Board. Read below for a preview of the lecture: 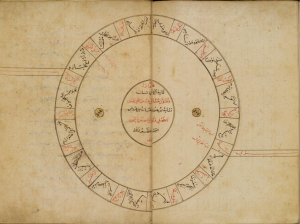 When I read Arabic as an undergraduate, I was conscious of being received into a great tradition of Oriental Studies whose rules were unwritten but understood by everyone. The aims and methods of philology prevailed and were thought to be self-evident. You read difficult texts and used them as a source of data for the purpose of establishing facts. Literature and culture were approached through experience, taste and insight; theory was unknown. It was an orderly and confident world with great achievements to its credit. Since then, theory has at least got a foot in the door. Data seem more ambiguous; facts harder to be sure of. And, in the wake of public challenges to our profession’s introspective habits, such as Edward Said’s Orientalism and Samuel P. Huntington’s Clash of Civilizations, people who, like me, studied the Middle East as outsiders have spent a lot of intellectual and emotional effort trying to make sense of our involvement with a culture not our own. But we keep our doubts and searchings to ourselves and, on the surface, there’s not much change in what we do and how we do it.

Let me give a couple of examples: In my specialty, which is Medieval and Early Modern Arabic literature, confusingly called Classical Arabic literature in the trade, trends in methodology have swung this way and that since I was a student, but in terms of assumptions about what’s worth investigating and why, Arabic literary scholarship has worked its way back to its earlier starting points, so that once again—though in a less purely intuitive way—we’re trying to identify human values and creative thought. We’re engaging with our authors, rather than classifying them and their writings as we did during an intervening period of formalism and detachment.

Another example of seeming changelessness is the question of what constitutes the literary canon. The same authors have been the focus of study for half a century or more. It’s true that, before email, scholarly exchanges in our tiny community could be glacially slow. Repartees in the debate might be fired off in learned journals or monographs at intervals of decades, which doesn’t favor radical shifts of perspective. But the real reason why the same authors are still in the lead roles is that we’re discovering that we really don’t know them. The pigeonholes that we used to put them into simply don’t fit. We need to start reading them again from the ground up to understand their thought-world and what they’re talking about and why it matters to them. Thus, it sounds like a picture of staying in the same place or going around in circles. On the contrary, I’m going to argue, it shows how we’re going forward. I think that we’re living in one of the most exciting times there have ever been for the study of Arabic literature and, in this lecture, I want to explain why. The burden of my argument will be the importance of recurrence, repetition and cyclicality as inherent to progress in this field of study; inherent to Classical Arabic literary culture itself; and indeed to literature and to culture, meaning and human purpose, everywhere.

« “Salty language” and a “plurality of voices”: An interview with Sean Anthony on translating the Maghāzī
LAL goes to Philadelphia! »